Throughout the world right now Muslims are observing Ramadan, starting last week on the 17th up until next month in June on the 14th. Ramadan is the 9th month in the Islamic calendar commemorating the revelation of the Qur’an from Allah to Prophet Muhammad, being one of the five pillars of Islam. During Ramadan Muslims are required to refrain from eating, drinking liquids, smoking and sexual relations during the daylight hours, typically 7am-7pm.

However all you have to do is look at the statistics for yourselves. Lasts years Ramadan coincided with 8 people killed in the London Bridge terror attack as well as 17 killed at an ice cream shop in Baghdad, with ISIS claiming over 300 attacks during Ramadan last year in 12 different countries. The year before was even more deadly because more than 200 people were killed in a Baghdad suicide bomb attack during the 2016 Ramadan, and ISIS also claimed the responsibility for over 400 deadly attacks in 16 different countries during Ramadan that year. 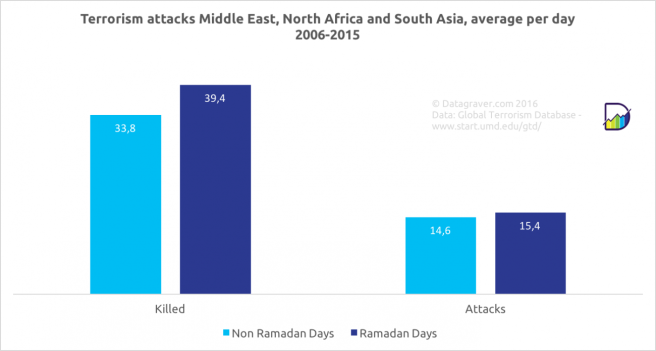 The reason there is seen to be more Islamic terror attacks during the month of Ramadan is in fact because Ramadan is not only a month observed by Muslims to commemorate the revelation of the Qur’an to Prophet Muhammad, it is also known as “the holy month of Jihad”.

In the early days of Islam, key conflicts were won by Prophet Muhammad and his descending Caliphs, most notably the Battle of Badr (year 624), but also the conquest of Mecca (year 630), the siege of Constantinople (year 675), the notorious invasion of Spain (year 714) and Tarik Ibn Zayed’s resulting conquest (year 715), the victory of Salahuddin against invading crusaders (year 1206), and Mamluk’s victory in the Battle of Ain Jiloot (year 1272).

The Battle of Badr occurred once Prophet Muhammad and his jihad followers returned to Mecca from Medina. Muhammad had originally left Mecca for Medina trying to preach his new spiritual religion of Islam in an attempt to gain followers. With little success in doing so, Medina saw Muhammad revolt his new religion into the ‘political ideology of Islam’; using jihad and violence as a method of converting people in Medina to Islam. This allowed Muhammad and his Muslims to return to Mecca and defeat the Quraish in the Battle of Badr, essentially making Prophet Muhammad the King of Arabia. 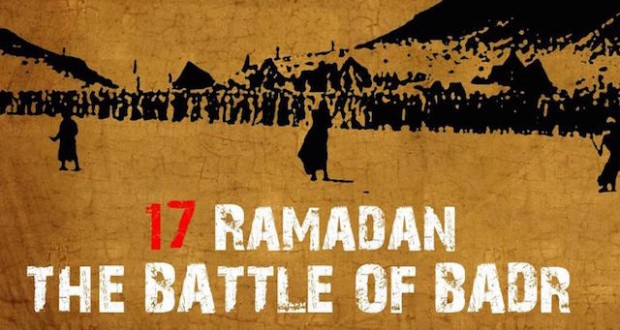 Jihadists today often give reference to the Muslim victory in the Battle of Badr as the turning point in history in which Islam was allowed to prosper and begin to take control of Arabia, despite Muslims in that battle being numerically outnumbered. Compare it to the battle of Agincourt in which the English defeated the French despite being numerically outnumbered, and thus allowing English dominance in Western Europe.

Throughout the history of Islam, Islamic victories in battle have tended to occur during Ramadan. This is because Muslims are taught to be courageous and fearless during Ramadan, and bravery during Ramadan in Arabic conflicts has won Muslims many conflicts whilst being ‘the underdogs’, which today are reflected on with pride and admiration by Muslim people.

Of course it is not brave or courageous for Muslim extremists to commit terrorism, it is nothing short of cowardly. However the Muslim extremists see themselves as being brave by committing terror, and they believe that their death through jihad will see them rewarded in the afterlife by Allah.

The above verse taken from my copy of the Qur’an may explain why Islamists believe that their death in jihad will bring them reward from Allah in the afterlife; the gardens of paradise.

Graduated with a politics degree in 2016, now looking to give my opinion on... everything! View all posts by jackmitchellpolitics

SCROLL RIGHT TO THE BOTTOM OF THIS HOME PAGE